Kalundborg municipality has approximately 48.500 citizens and the largest city is Kalundborg.

Kalundborg municipality has initially chosen the target group ”on track”, but with the notion, that the choice singularly covers the pilot project and only depicts, what the Study Lab primarily will be directed towards, without excluding other target groups from participating.

The main reason for that is that the pilot project will focus on Sejerø. It is a small island with a limited amount of citizens, and the goal is to secure a certain amount of participants. A study lab on Sejerø aim towards using a closed down grocery shop. That consists of two rooms, and the idea is that there should be open around the clock with access by invitation. The Study Lab will be supplied with internet access and is to begin with a Bring Your Own Device (BYOD), but the municipality will try to provide equipment, that can be borrowed by the students.

The municipality must find a facilitator and IT-supporter, who can be connected to the study lab with the hours equivalent of two working days a week. On top of that there will be a staff of volunteer mentors, who must be found among the retired citizens, with help from the residents association. Support-functions must be centered on helping with study methods and IT.

The relevant offered educations is as a starting point seen as 9th and 10th grade, Higher Preparatory Examination (HF), Danish as a second language, mathematics and dyslexia courses. On longer terms medium-length, higher education and further and continued education as well. There has been established a management group for the project.

Thank you for your feedback 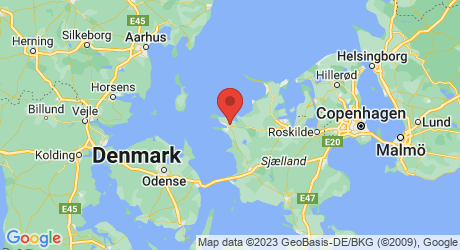